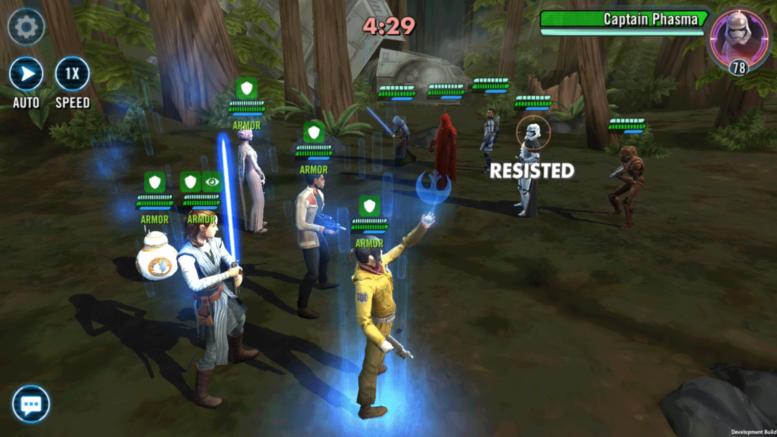 Thanks to EA & CG’s GameChangers program, Gaming-fans.com is please to bring you the latest update details which sees two new characters added to SWGoH and two recent additions who will become Free To Play (FTP). Joining the Star Wars Galaxy of Heroes community will be two new Resistance characters from The Last Jedi – Vice Admiral Amilyn Holdo and Rose Tico. The kits for both characters are listed below. 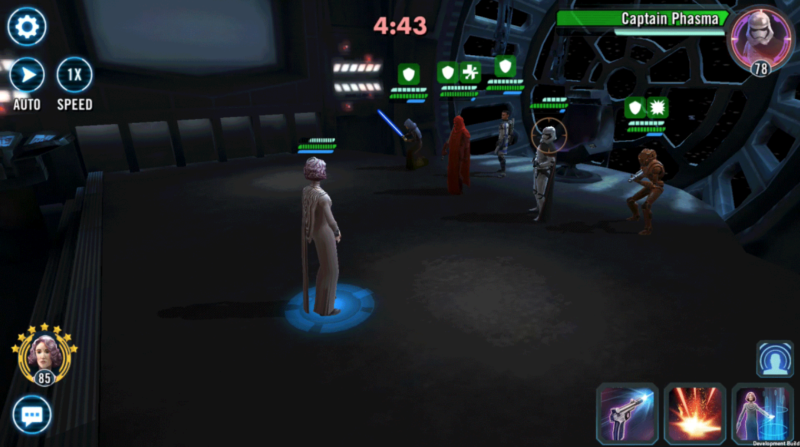 Holdo is described as a “Seasoned Resistance Tank with powerful ally support and enemy debuffs” while Tico joins the Resistance described in-game as “A brave Resistance Attacker who can Stun and grant allies buffs.”

Both Resistance characters will join SWGoH on January 27th as past of the Spark of the Resistance events and both will have separate packs (for 1,299 crystals) as well as separate bundles which will allow players to buy 25 shards along with ability materials and gear to power the new toons up.

In addition to the two new characters coming to SWGoH, two of the more recent additions, Kylo Ren Unmasked and First Order Special Forces TIE Pilot will now be Free To Play (FTP). KRU and his TIE Silencer (or TIE Slicer as Cubs Fan Han likes to call it) will be farmable on Cantina node 3-F, while FOSFTP and his TIE Fighter will be available in the Guild Store. For a complete list of where to farm each character in SWGoH, check out our new SWGoH Farming locations list.

We encourage all players to check out the other SWGoH GameChangers, many of whom have added videos about this content.

What’s Ahead in SWGoH?

Fans of this game always want to know what we can look for next, and the devs have been teasing us a lot of late. The latest tease states “The dark side of the force is a pathway to many abilities some consider to be…unnatural.” 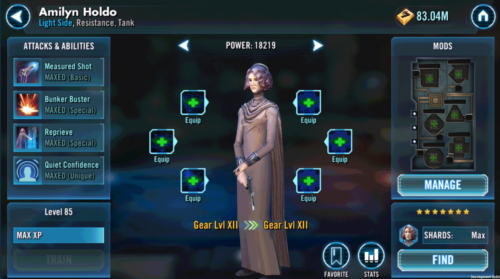 Special 1: BUNKER BUSTER
Deal Special damage to all enemies and inflict Daze for 2 turns. Inflict Defense Down and Evasion Down on the primary target for 2 turns.

Special 2: REPRIEVE
Dispel all debuffs on target other ally. They Recover 40% Health and 20% Protection. 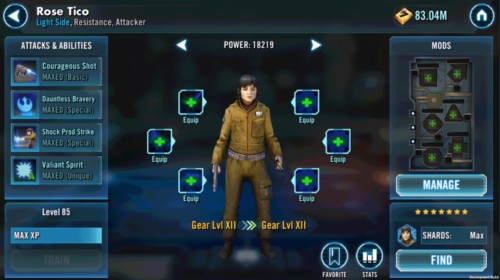 Basic: COURAGEOUS SHOT
Deal Physical damage to target enemy and grant Tenacity Up for 2 turns to a random Resistance ally who doesn’t have it. 50% chance to attack again (once per turn).

Special 2: SHOCK PROD STRIKE
Deal Special damage to target enemy and inflict Stun for 1 turn. When this Stun expires, the target is Dazed for 2 turns, which can’t be Evaded or Resisted.