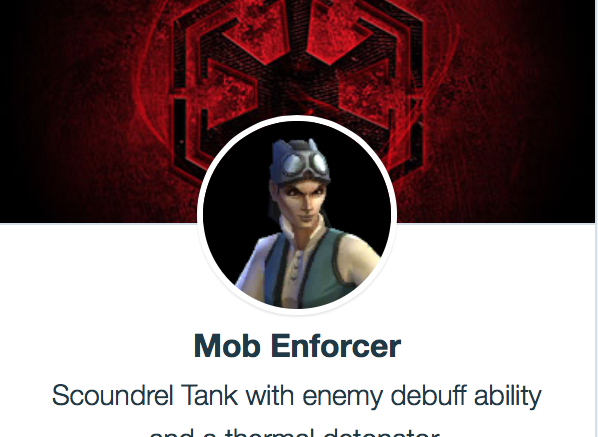 Welcome to another article in a series about Star Wars Galaxy of Heroes where we take a look at the best mods for each SWGoH character. While I do not claim to have all of the answers in this game, I do my research and have used every toon I write about extensively. 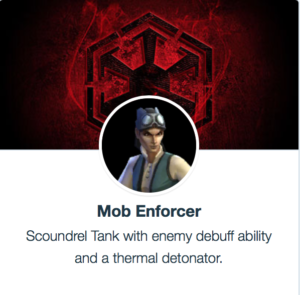 Mob Enforcer is described by SWGoH as a “Scoundrel tank with enemy debuff ability and a thermal detonator.” An easy farm, the Mob Enforcer is often a very low-priority character and is widely seen as one of the Bottom 5 characters in SWGoH. As part of EA/CG’s SWGoH GameChangers program, I have tested Mob Enforcer out at 7-stars, Gear 11 (5 pieces) for the purposes of this article. While her kit is not the greatest, when used with a team of Scoundrels who utilize Thermal Detonators (like Zam Wesell & Greedo), using Mob Enforcer is actually a fun play. With that in mind, let’s take a look at the best mods for Mob Enforcer.

Main Focus: Speed. Mob Enforcer starts with 132 Speed fully geared, and while this is not super fast it is a solid Speed to build off of. Speed secondaries are key to upping the Speed of any character, but you will need to prioritize based on how Mob Enforcer fits into your lineup. Since these mod guides are written from a “perfect world” view, getting Mob Enforcer over 200 Speed is important to be as viable as possible for those using her regularly.

Additional Areas to Focus: Health and Potency. While additional survivability is certainly not a bad thing, Mob Enforcer is better off with loads of Health, so when given the choice between Health and Protection, Health should always be the one you go with. Her unique, Underworld Moxie, makes high health even more valuable given that she gains 15% Max Health for each living Scoundrel. Her basic, Dirty Fighting, has an 80% chance to inflict Defense Down for 2 turns and her special, Thermal Detonator, can both become more effective with added Potency. Offense is not a bad route as well given Mob Enforcer has a 70% chance to gain Offense Up whenever any ally falls below 30% Health.

You are brave to do this. I am impressed.