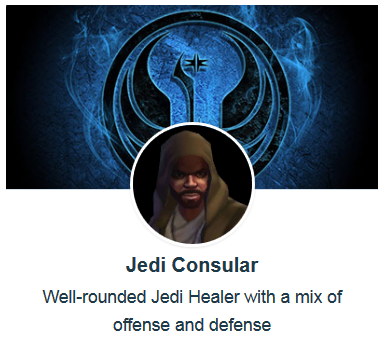 Welcome to the latest article in our series about the popular game Star Wars Galaxy of Heroes where we take a look at the best mods for SWGoH toons. While we do not claim to have all of the answers in this game, we do our own research and have used every toon we write about extensively. These are mod recommendations based on the character’s kit and actual gameplay to help you in your quest to dominate the Galaxy of Heroes holotables.

Jedi Consular is one of the first characters a player receives upon starting the game and, while he may not fastest or strongest character available, Jedi Consular can provide some nice early utility to round out a fledgling roster. Jedi Consular has a very easy and early available farming, so he is a nice Jedi to use to complete ranks for Master Yoda’s Legendary Event as well as completing the Defense mod set. Jedi Consular also has one of the first available ships a player can unlock and its protection recovery and damage can help players do well in the early stages of Fleet Arena as well. 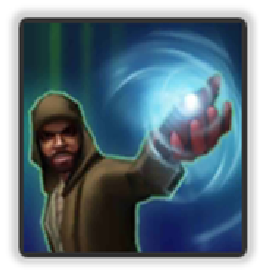 With Protection not applying to most characters until Gear 7 or the addition of mods, the use of Healers is extremely important for the early stages of the game and modding Jedi Consular appropriately is key. All this notwithstanding, Healer use drops dramatically once characters reach G7, and with much stronger and more viable Healers in the game, Jedi Consular should be left as a side project instead of a primary goal.

Jedi Consular’s kit is very simple and, with no debuffs to apply to enemies, he can be modded purely for damage and health. His Critical Chance is relatively low, so it is advisable to focus on maximizing his health and then physical/special damage through Offense.

Main Focus: Speed. Jedi Consular’s abilities have short cooldowns and, for him to heal often and effectively, Jedi Consular needs to be as fast as possible with Health as the second main area of focus.

In-game Mod Recommendations: Speed & Health. No disagreement here, other than Speed mods are highly valuable and I would not use them on the Jedi Consular.

I recommend utilizing three Health mod sets on Jedi Consular, with as much Speed, Health and Offense (+100 Offense or +1% Offense % would be great) as possible from the secondary mod stats.

Here is the best mod approach for Jedi Consular: