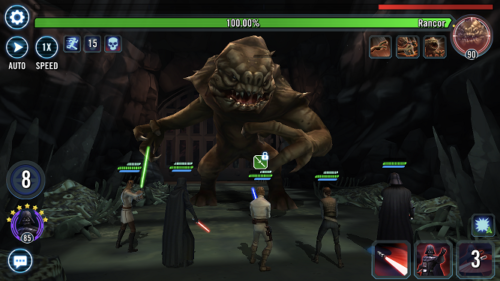 Raid simming is officially here! Since the rewards have been published and obtained in-game, and the question on everyone’s lips is “is it worth it?”

There are four aspects to Rancor rewards – Gear, Credits, Han Solo Shards, and Guild Currency. The simmed rewards take each of these from a different prize ranking, so it’s important to really look at what you stand to gain, or what you lose by simming.

The gear rewarded always has, and always will, be random. Higher rankings have a better chance of getting a fully crafted piece, and should get more salvage in general. On paper, higher ranked players get better rewards. In reality however, this depends entirely on RNG.

Not all the gear is desirable. Some of it is needed in large quantities until a certain point, but is rarely needed after that point. Others are easily obtained elsewhere and seen as a bad reward.

Compounding this is the randomized quantities. You may get 40 salvage of a piece, or you might get 16. Even if you get desirable salvage, the quantity can be low enough to make is borderline pointless. The same can be said for full pieces. Even if you’re lucky enough to be rewarded a full piece, there’s no guarantee whatsoever that it will be a desirable piece. The type of gear possible is the same for all the reward tiers. The only thing that changes is the chance for a full piece, and an additional reward box at the top end.

For these reasons, it’s impossible to compare the gear rewards from simmed raids with those from normal raids. The difference will be whether everyone gets desirable gear or not, good amounts or not, full pieces or not. Win or lose, the guild will do it together.

Credits are something every player needs a massive amount of. Endgame players may be sitting on what seems like a huge quantity of them right now, but it’s been almost two and a half years since the last level cap increase (yes, really!), and we know the next will come eventually. However, while credits are always desirable, they’re a secondary reward in the Rancor Raid.

Being a purely numbers-based affair, it’s easy to compare the credit reward from a simmed raid with those from a manual raid. 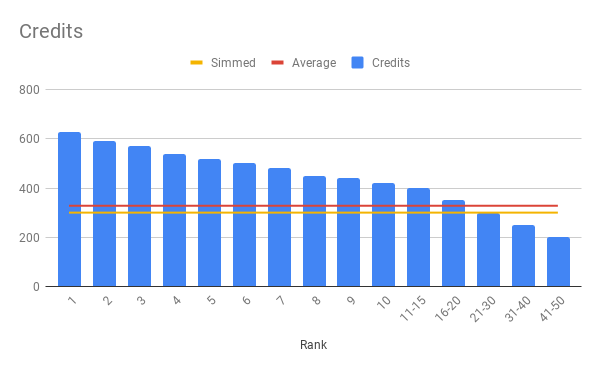 As the above chart shows, the total credits earned across a full guild are lower if you sim the raid. The average reward from a manual clear is 327.8k per player, while the simmed rewards are 300k per player – the same as the rank 21-30 prize range.

However, the top rewards of 630,000 credits is a drop in the ocean now. It’s enough to level a character to 53, or almost from 83 to 85. It’s enough to level 2 mods to 15 with some change. It’s a relic of days long gone, before Credit Heist was introduced as our main credit source, and before costs were pushed so high by level cap increases. As such, credits should be seen as a bonus reward, not a deal breaker.

The real rewards from Pit Raids have long been the shards and guild currency, which can be used to buy the gear each player actually needs. This isn’t changing, and is something that can easily be compared.

Simming the raid will net each player 830 guild currency – the same as anyone ranking 11-15 will get from a manual raid. This is a loss of 290 compared to the prize for 1st, but a gain of 190 compared to the bottom prize tier. While this may not sound like much, it’s important to remember there are 10 players in the bottom prize tier, and 35 in total under the 11-15 tier. 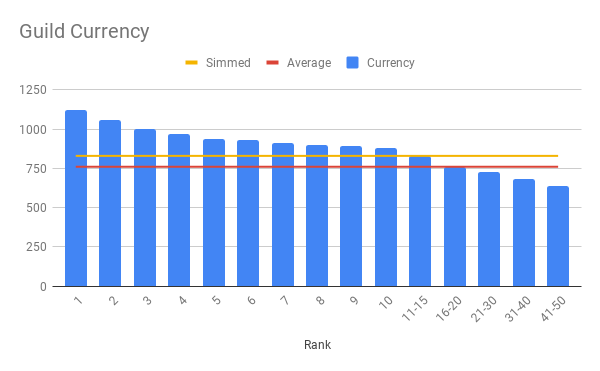 As you can see, despite a significant loss at the top rank, the guild as a whole will gain more currency from a simmed raid. With an average of 761 tokens from a manual raid, the total gain is 3,450 – not a small amount.

The difference in shards is the most significant – 10 shard from simming the raid gives everyone rank 1 rewards. No one loses out and the gain is massive – Over 6 extra shards compared to average rewards, 314 shards total across the guild – that’s 4,710 Shard Shop currency. Anyone who hasn’t gotten their Han Solo to 7* yet will catch up quickly, anyone who has will gain 150 Shard Shop currency each raid. 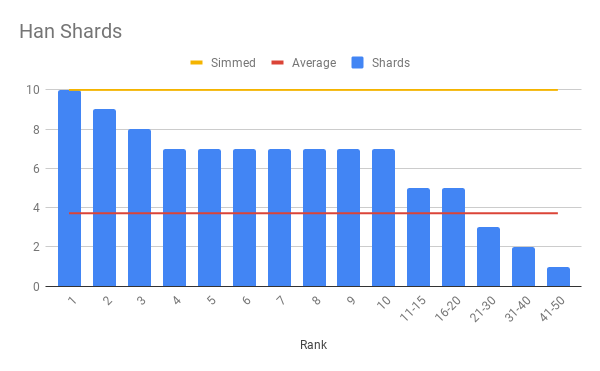 Because Guild Currency and Shards can both be turned into useful gear, we can combine the two for a true comparison, instead of basing our conclusion off a small but significant increase in one, and a huge increase in the other. Using Mk3 Carbanti’s as our baseline, because everyone needs an insane amount of them, we can calculate the difference in buying power. It takes 280 guild tokens to buy 5, and 186 shard shop currency to buy 6. From here, we can work out how many can be bought at each rank, the average per raid across a guild, and how many can be bought with the simmed rewards. 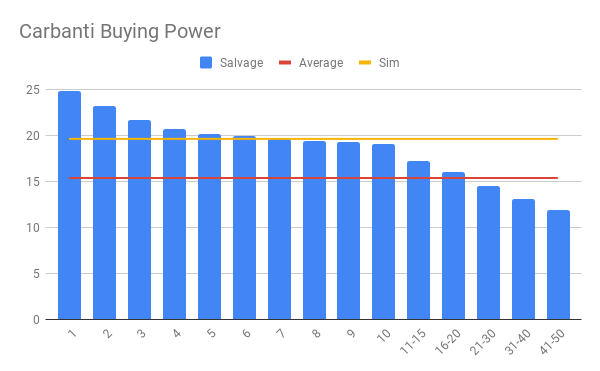 As the chart shows, the buying power of the combined rewards is the same as rank 7 rewards. What it doesn’t clearly show, is that ranks 5 and 6 lose less than a single salvage between them – an insignificant amount. This that while 6 people stand to lose here, only 4 of them lose an amount worth mentioning.

Rank 1 stands to lose 5 1/5 salvage, which is what the rank 21-30 range stands to gain – the lower ranks gain significantly more. On average, each player will be able to buy 4 1/4 extra carbanti salvage each raid. That’s over 4 full carbanti’s across the guild as a whole, compared to a manual raid.

While there are other reasons to continue running manual raids, rewarding those who participate and allowing everyone to get the Pit Fighter title being two, simmed raids are the better option for overall progression, and any guild wishing to progress should be taking this option. The drop in overall credits, and the change in potential gear are more than offset by the increase in shards and currency. The consistency of rewards will allow for more precise planning, especially with a regular cadence of raids.

And who knows, you could get lucky with the gear! 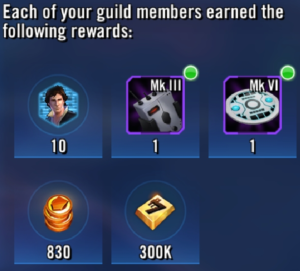 By PsychoPoet of The Empire Alliance
Gaming-fans.com Senior Staff Writer