As promised months earlier, the developers have finally made their adjustments to Finn’s ability kit. We’ve compiled some quick tips to the changes and what they mean for SWGoH players. 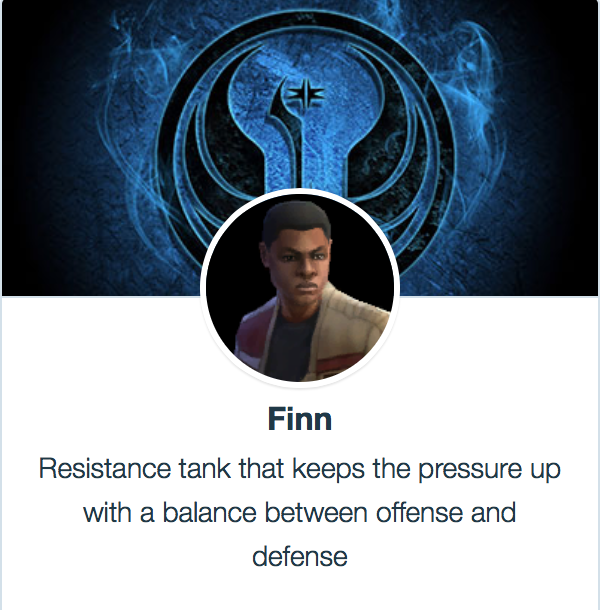 With the large changes in Finn’s leader ability, CG have refunded all the ability mats and credits players have used towards the Balanced Tactics leader ability.

This refund will differ depending on how far players took the ability, but anyone who zeta’d Finn will receive all 20 zeta mats and also any of the omegas, Mk III purple mats, and credits used on the ability.

Finn will revert to Level 1 Balanced Tactics leader ability and players can decide whether to re-zeta Finn or use those resources elsewhere.

Primarily, the changes to Finn have been made to prevent the ability for a single team to solo Phase 3 of the heroic Sith Triumvirate Raid, but the changes were also made to future-proof Finn’s ability kit given the propensity for his leader ability to continually “break” game mechanics. 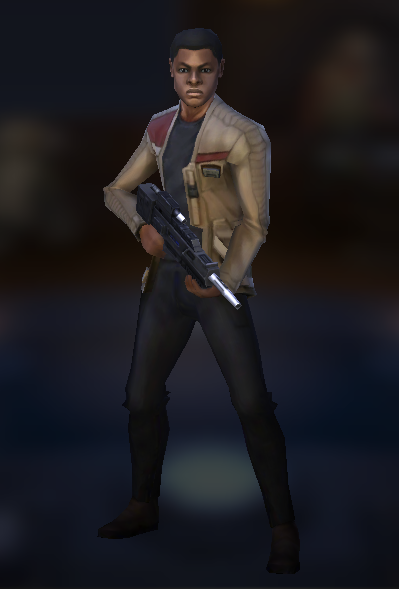 One of the bigger biggest effects of Finn’s kit changes is his ability to solo the entirety of the heroic AAT Raid with C-3PO as well as the solo of Phase 3 of HSTR. Prior to Finn’s changes, players could auto HAAT and Phase 3 of HSTR which, agree or not, did not seem to be within the developers’ desires for the character or the raids.

That said, theory-crafting is abound and new uses for the updated kit are already being discovered.

Skelturix has already developed a strategy using Finn’s update to manage about 30% of Phase 1 of HSTR with just a single team: JTR, Finn, BB8, R2D2, and C3PO

In general, Finn’s update will see the removal of the infinite loop possibilities through the leader ability, but allows Finn to work as an even stronger member of a JTR-led team.

The largest effect, however, in Finn’s leader ability comes to his PvP use.

With Finn’s leadership seeing such major changes, Finn is no longer the best secondary Resistance leader. This will up end a lot of options for Territory Wars/Grand Arena, as Finn functions best under JTR’s lead now rather than creating a secondary Resistance team of his own.

Apart from the effects on teams for TW/GA, Arena will see some of the largest impacts from Finn’s change.

While a “traditional” all-Resistance zFinn team could not hold very well on Defense against the most recent meta teams, a team of zFinn, C-3PO, Resistance Trooper, Raid Han Solo, and Chewbacca could easily manage against Jedi Knight Revan teams. Recent theory-crafting also found that this same team, that could solo Phase 3 of HSTR, could also easily beat the brand new Darth Revan and beat him very quickly.

While the developers have been stating that changes were coming to Finn and his leadership for several months, it wasn’t until it was clear that Finn+C-3PO were capable of clearing just about any new characters CG could create that we saw the final push and refund of Finn’s zeta.

We at Gaming-fans.com are looking forward to providing more details as new uses for our updated Finn are developed. Happy Playing!

SWGoH: HAAT Phase 4 – How To Increase Your Score!

Be the first to comment on "SWGoH: Changes to Finn’s Kit in Detail"