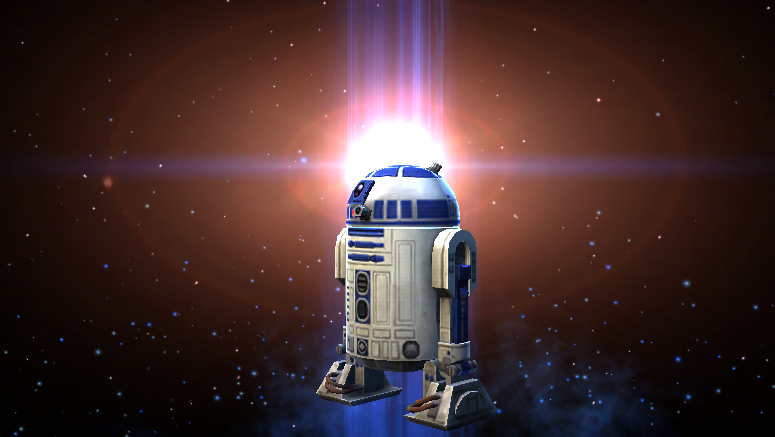 Continuing the Relic Review series, this article will take a look at the lovable droid R2-D2 and his Relic, an Electroshock Probe. As always these reviews compare a character at Relic level 0 to Relic level 7 and mods are not factored in.

Starting off, R2-D2 gains a slightly below average Health increase of 16,830. However his impressive 14.58% Armor and 8.74% Resistance increases make up for this nicely. In addition he gains a 13.5% boost to both Physical Critical Avoidance and Special Critical Avoidance.

The stat increases from R2-D2’s Relic are fairly good and he is able to take advantage of all stat increases involved, unlike many other characters in SWGoH. Another factor to consider is how useful Artoo is in differing game modes. He is a great addition to most Light Side teams and he has excellent synergy with Rebels, Resistance and Galactic Republic. This gives him high odds of having long-term value when you also consider how useful his kit is to start with. Overall I believe R2-D2 and his Relic deserve to be in the lower to medium area of the High Priority tier.