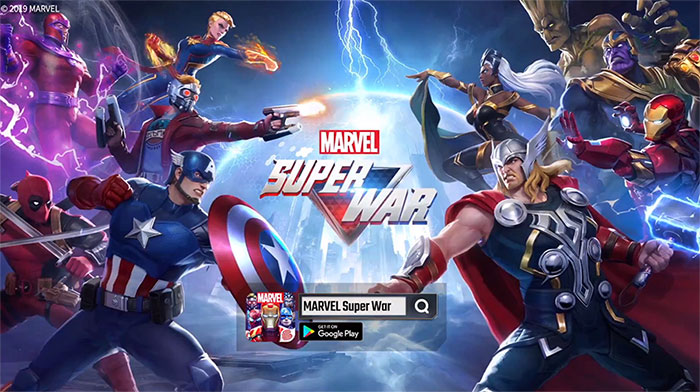 Testing is now underway for Marvel Super War, Marvel’s first MOBA (Multiplayer Online Battle Arena) game on mobile. Super War will be a free-to-play game for Android and iOS and like Harry Potter Wizards Unite, will have to wait for those of us in the United States and the UK.

Marvel Super War allows players to participate as characters from the Marvel Cinematic Universe as well as other factions including the X-Men and more. Black Widow, Captain Marvel, Magneto and Thor are already confirmed, with the testing allowing for other characters to be recruited as well.

“Unlike traditional MOBAs on mobile, MARVEL Super War is focused on fair combat and balanced gameplay. The MOBA staple unfair rune-like system has been given an overhaul and replaced with a completely open and free buff system, meaning that reputation and achievements can only be earned through skill and perseverance.”

This sounds a lot like skill will be more important than time in a game where many other games are all about when you join, not necessarily your skill level. Either way, this sounds like another fun Marvel title and one Gaming-fans.com will look into covering.