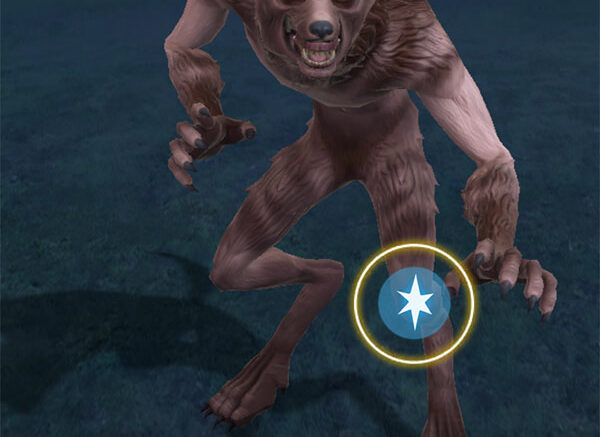 SOS Assignment #14 in Harry Potter: Wizards Unite requires players to “recover 2 tufts of Werewolf Hair from Werewolf Oddities,” which, according to what we know thus far, is only possible in one small window of time each month – the Full Moon. Werewolves, which are common to see in Fortress battles but otherwise not around in the rest of the game, are expected to be available to catch in the days surrounding the Full Moon each month. As a result, my team of family gamers will once again test out our theories to see if we can return the 2 tufts of Werewolf Hair from Werewolf Oddities needed to complete this SOS Assignment.

The plan is to explore the local area starting tonight, after it is considered to be “Night” in the game. With Dusk from 8-10 pm ET, Night will begin at 10 pm ET and we plan to start tonight. The Full Moon for July 2019 is slated for July 16th, and reports from the BETA testers in Australia gave us reason to believe that seeking Werewolves was possible up to two days before and two days after a Full Moon. With today being the 14th, we should be within that window of time, and given Werewolves would seem to be a night creature, the 10 pm start is logical (to us at least).

More details on this will be posted as soon as we have them including a planned video of catching a Werewolf by MustafarNathan. Whether or not the Werewolf Hair tufts will be as easily found as Troll Bogeys, Pixie Wings, Doxy Droppings and other items is not clear at this time, but again, we will update this later tonight and in the coming days to ensure we have the most relevant information to help you in your quest to find Werewolf Hair tufts in HPWU.

07.15.19 @ 12:57 am ET – I am usually a “glass half full” kind of guy, but tonight was a bit of a disappointment. After taking the family out we knew it would be a late night, so when we started hunting Werewolves around 11:15 pm it seemed logical to stay out a bit, right? The three of us stayed out and spent a little over an hour in one of the bigger towns in our rural area using 12 Dark Detectors on 4 inns all on corners at an intersection and walked or drove between that area and two other inns multiple times in a 30-40 minute period. While we did find some cool things and each caught a Portrait of Voldemort and a Whomping Willow, we did not see a single Werewolf. Given all three of us are stuck on SOS Assignment #14, this was quite disappointing. After the failure in the bigger town, we drove through two small villages (one or no stoplights) and had even less luck.

07.15.19 @ 11 pm ET – After a day of contemplating how and where to find Werewolves, we played a bit during dusk on our way home from the kids’ soccer practice with no luck. Our schedule worked out just right to come home and get ready for bed with MustafarNathan and I able to go back out. The two of us left the house at 10 pm ET and found a Werewolf at the end of our (low traffic, rural) road. By 10:40 we were home and actually sick of fighting Werewolves. In total I caught 16 Werewolves which spawned all over with other HPWU Confoundables, but especially near Inns and Greenhouses.

Of course with this many Werewolves out the night before the full moon, this makes the Oddities Registry page much easier to complete. I was also low on Vampires, but was able to fill that one as well leaving me just one Oddity, the Centaur Bow, from completing that page and being able to Prestige it for the first time.