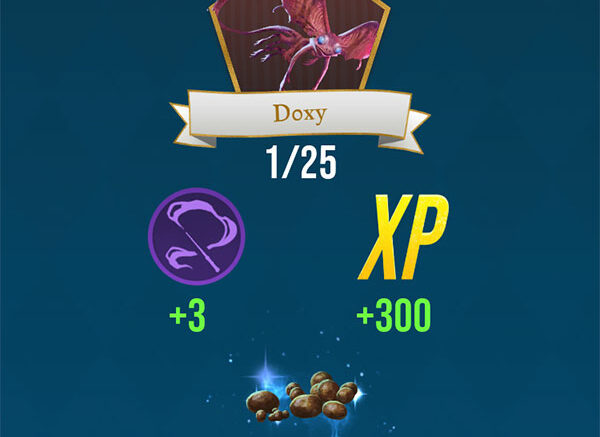 While trying to acquire one of the Foundables on this list this morning I watched it get “whisked away by Confoundable magic” and had an idea. Why not write about the Foundables that annoy us the most? The info below is pure opinion, but I am Level 35 and my wife and son are Levels 32 and 27 respectively, so you can trust that we have played A LOT of Harry Potter: Wizards Unite. I will admit that when putting the title of this article together I was hesitant to use the word “catch,” but let’s be real, when people think of Harry Potter: Wizards Unite and are not die-hards like many of us, the best way to explain it is by saying something like “Pokemon Go only Harry Potter, oh, and better.” So despite the connection to PoGO, I went with the word I felt most people can understand and relate to.

Note that Young Ginny Weasley did not make the list below because of the more recent increase in her being found in Traces. Had this list been put together in July I can assure you that she would have made the Top 5.

So without further ado, below is the list of the 5 Most Annoying Low & Medium Foundables to Catch from Traces.

The Mooncalf almost did not make this list, but when I compare it to those listed in the Honorable Mention section (see below), I cannot rank any of them as more annoying than needing a Mooncalf and seeing him “whisked away by Confoundable magic.”

Let’s be honest, the reason that the Doxy made this list is all about timing, not about difficulty catching them or rarity of seeing them in Traces. Doxies are only available at Dawn which means a true Doxy hunt needs to take place very early in the morning. Add to it that Doxy Droppings are needed in SOS Assignment #14 and it makes the need for Doxies even more annoying.

The Flock of Interdepartmental Memos is likely the most annoying to me due to rarity. Along with the Prophecy Record on the Ministry Atrium page, I find these as the two that are keeping me away from that gold border I so desperately need…

If I am being completely upfront about things, I think I ranked the Niffler #1 because of my wife’s experiences with them more than my own. Even if the Niffler is not a pain in the behind of everyone who plays, there is no doubt that it makes this list as an annoying Foundable to “catch.” But I am sure that the Niffler is an elusive Foundable in HPWU by design given this parallels how it was portrayed in the Magical Beasts movies.

Be the first to comment on "HPWU: The 5 Most Annoying Low & Medium Foundables to Catch from Traces"