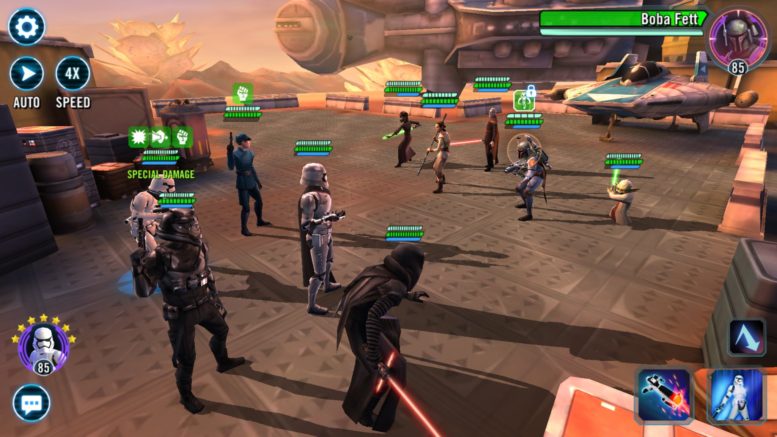 After yesterday’s positive announcement that two new Capital Ships, the Raddus & Finalizer, are joining us in SWGoH, Capital Games dropped even more news on us. The positivity ended quickly from CG when they informed us that we would need the following characters to unlock Galactic Legend: Rey – Rey (Scavenger) at Relic 7, Resistance Pilot at Relic 3 and Poe Dameron (Episode VII Poe) at Relic 5. In addition, to compete to unlock Galactic Legend: Kylo Ren players will also need Kylo Ren at Relic 7, Captain Phasma at Relic 5 and First Order Executioner at Relic 5 in addition to the three previously mentioned for the Galactic Legend event requirements.

Since I really do not have a single positive thing to say about this announcement based on the fact that Q1 2020 is shaping up to be another without any real “new” content in Star Wars Galaxy of Heroes, I have embedded a CubsFanHan video below. I find his comments and opinions to be closely aligned with my own so I will leave you with this.