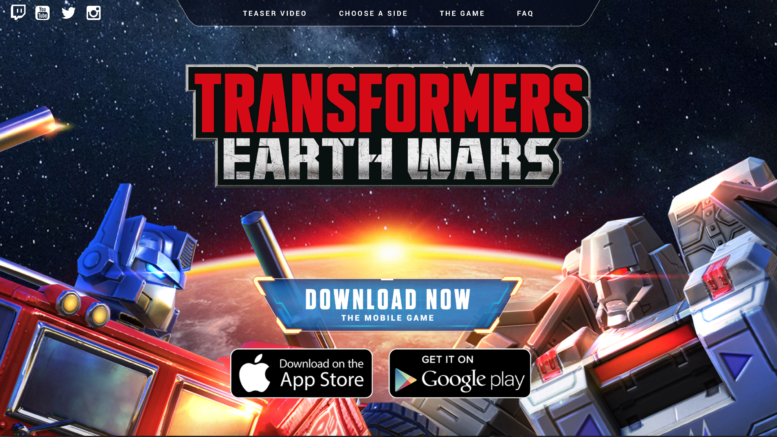 Autobot Hound V.A.M.P. and his Decepticon equivalent Soundwave H.I.S.S. were introduced in a G.I. Joe crossover weekend event and are Special Class bots. They have a unique special ability that reads, “Follow Duke/Cobra’s command! Aim at a defence and the V.A.M.P./H.I.S.S. Tank will deal some damage. Defences in the area receive 20% (2-Star) / 30% (3-Star) / 40% (4-Star) more damage and get prioritized by all bots for 3.5 seconds.” So which Power Cores are best for Hound V.A.M.P. & Soundwave H.I.S.S. in TFEW to best enhance their abilities?

Special Command/Force – Flak Jacket – When reviewing bots and the best Power Cores for them, it is important to look at how the special ability interacts with the bot and their teammates. In the case of Hound V.A.M.P. & Soundwave H.I.S.S., the special fires on a specific defense, causes the tank to attack all defenses in the area, then causes other bots to prioritize that target while adding to the damage done. In this case, only a Power Core that improves the special ability’s damage will play a significant role on this specific attack, and since these cores are few and far between (Amalgamous Prime Core specifically), looking to enhancing other stats seems wise for these bots. The Special Command (Autobot) or Force (Decepticon) – Flak Jacket cores are Squad Cores that “Adds a percentage of health to the bot equipped. Reduces damage by a percentage from Mortars and Missile Launchers for all the other special bots.” This core should be in play, along with the Special Command (Autobot) or Force (Decepticon) – Attack core as both enhance the equipped bot’s survivability while also bolstering the survivability or attack of other Special Class bots on the screen. Other cores that could fit nicely with Hound V.A.M.P. & Soundwave H.I.S.S. are the Quintus Prime Core and the Alpha Trion Prime Core. The Quinuts Prime Core is the one that adds Sharkticons to the battle when a building or outpost bot is destroyed, and given the extra damage and focus on a certain area of the defense, it seems likely that buidings would be destroyed with the special ability of Hound V.A.M.P. & Soundwave H.I.S.S. if correctly used. The Alpha Trion Prime Core adds ability energy over time to your squad, which can be incredibly valuable, and given the lack of other “perfect fit” cores these bots would be a strong candidate.

TFEW: A Look at Experience Needed for Each Level for 3, 4 and 5-star Bots