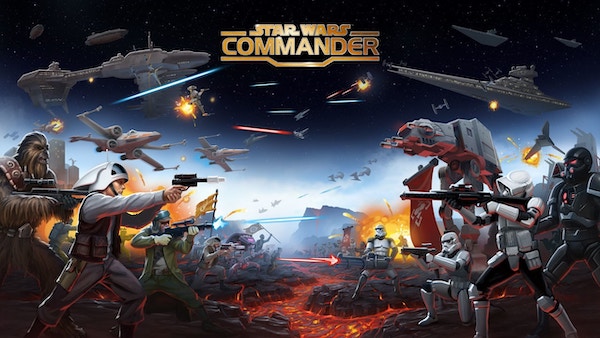 Yet another Star Wars mobile game is pulling the plug on their servers soon as Zynga, the makers of Star Wars Commander, announced in March that they are shutting the game down. With the closure of the game’s servers approaching, set for June 12th, the game is no longer available for download in the App Store or on Google Play. Just like Star Wars Force Arena which shut their doors in early 2019, Star Wars Commander suffered from a fan base that continued to decline in numbers, something the main Star Wars game we cover here at Gaming-fans.com, Star Wars Galaxy of Heroes, has been able to weather better than other mobile titles from the Galaxy Far, Far Away.

The official communication sent to the Star Wars Commander community in March read:

We have come to the decision to shut down Star Wars™: Commander on June 12, 2020. As of March 13, 2020, all in-game purchases have been suspended. Star Wars: Commander will remain playable until 11am GMT on June 12, 2020. We will not be providing refunds, however any remaining credits will of course be available to use until June 12. We are also soon announcing in-game changes to make the rest of the time with the game extra special for our players.

Lastly, we want to say a huge thank you to all players for their continued support of this game. The community behind Star Wars: Commander has made it an extraordinary experience for everyone involved.

Star Wars Battlefront 2 – Everything We Know