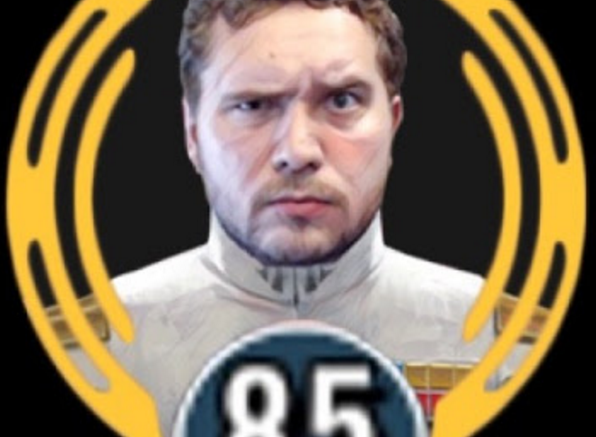 In a surprising move by EA Capital Games, popular YouTuber AhnaldT101 has had an account banned by the developers of Star Wars Galaxy of Heroes. Possibly the loudest and most listened to voice in the SWGoH community, AhnaldT101’s latest video explains that one of the accounts he uses was banned for account sharing, a common practice in the community. Ahnald not only explains his reasoning for using a shared account (for content creation) but also details how EA Capital Games continues to ignore Content Creators, their former SWGoH GameChangers, and allow cheaters and hackers to continue playing daily despite compromising the integrity of their own game.

While AhnaldT101 is not typically a serious individual on YouTube, viewers will find this to be a rare serious look at some major problems with the way Star Wars Galaxy of Heroes is run. The way the community and Content Creators have been treated basically since the GameChangers program was shut down and lead developer Carrie Goukos as well as GameChangers liaison Nick (CG_Gaws) were let go is sad, and not at all the way a billion dollar game should be run. The company continues to show how out of touch they are with the world even in their slow response to COVID-19 (something other games jumped on immediately) and their continued poor Community Engagement and lack of listening and acting on feedback, a category where we at Gaming-fans.com have graded SWGoH with an F.

The problem with this move is not that it is one more in a long list of slights of their Content Creators, but the poor communication and hypocrisy from the studio that is a direct reflection of how they feel about their community. This community and the Content Creators for SWGoH continue to be singled out and purposely held back, threatened and some could even say “bullied” by the Capital Games and their practices while cheaters, hacks and bots run rampant. How this will play out is anyone’s guess, but CG continues to develop the blueprint for a financially successful game while continually mistreating all those around it.

For more on this topic, here are Mobile Gamer’s thoughts.