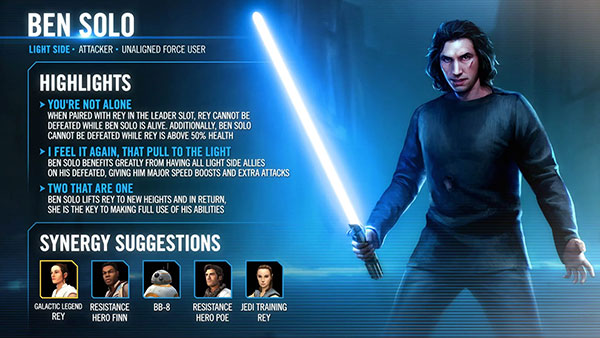 Ben Solo is coming to SWGoH. With the next Conquest Season set to start soon, the redeemed nephew of Luke Skywalker will be the prize of the 7th Conquest season, Conquests 19-21. Designed to be the Conquest companion for Galactic Legend Rey, Solo is only set to be an Attacker and Unaligned Force User – not a Jedi or Resistance faction member. The he details of Ben Solo’s kit and the Dev comments are linked below for reference.