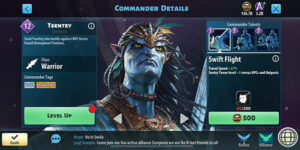 Our own Content Director, LJ, was one of several influencers who was able to preview and test this game in September 2019 as FoxNext prepares the game for the masses. While we at Gaming-fans.com have intentions of future in-depth coverage of Pandora Rising, popular YouTuber ValleyFlyin already has a fantastic video with A First Look with Gameplay for Avatar: Pandora Rising that we encourage all to check out.