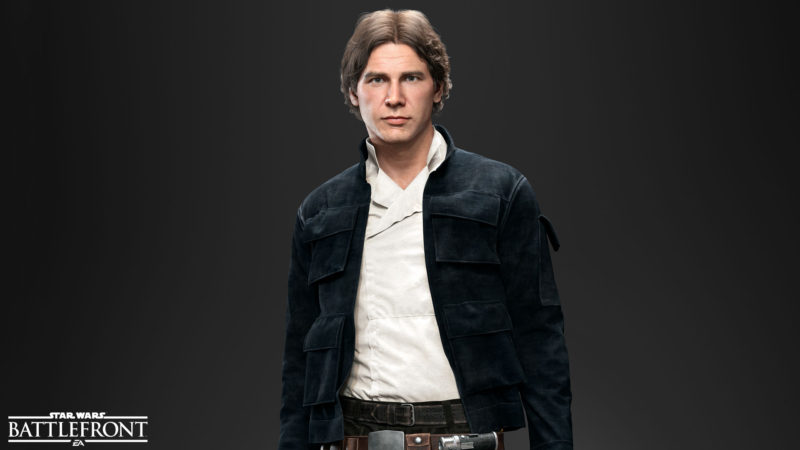 One character who was a hot commodity turned into somewhat of an afterthought in Star Wars Galaxy of Heroes is Han Solo. The first toon with two versions in the game, along with Stormtrooper Han, Raid Han Solo is only available via shards in The Pit Rancor Raid and is, to be blunt, a rather average SWGoH character even when well-modded. Here is a look at Encyclopedia Darth’s rework proposal of (Raid) Han Solo. 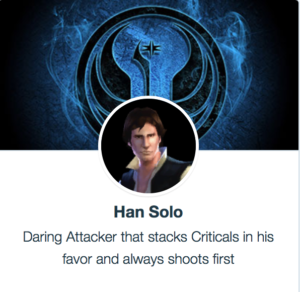 All allies gain a random one of these buffs at the end of Han’s turn. If Rebel Chewbacca is present he has all debuffs dispelled on him.

Shoots first (unique): at the start of each encounter Han gains a bonus turn. In this turn he can only use his unique but it will irresistibly stun the chosen target for 1 turn. This attack ignores taunt. Han gains +5% offense for each buff and debuff present on him

Shoots first (zeta unique): At the start of each encounter and whenever a rebel ally falls below 50% health or is defeated, Han gains a bonus turn. In this turn he can only use his basic but it will irresistibly stun the chosen target for 3 turns. This attack ignores taunt. Han has +20% offense for each buff or debuff present on him and has a 10% chance to assist all of Chewbacca’s attacks, increased by 5% for each buff or debuff present on him. At the end of each of his turns, if he is not debuffed, all rebel allies recover 10% of their protection and 20% of their max health. Whenever Han gains buff immunity, he calls a random rebel ally to assist on chosen target enemy. This rebel ally loses protection equal to 50% the chosen target’s max health, and rebel allies gain 50% of the protection lost. Whenever this process occurs Han gains 50% turn meter and loses 5% of his max health.