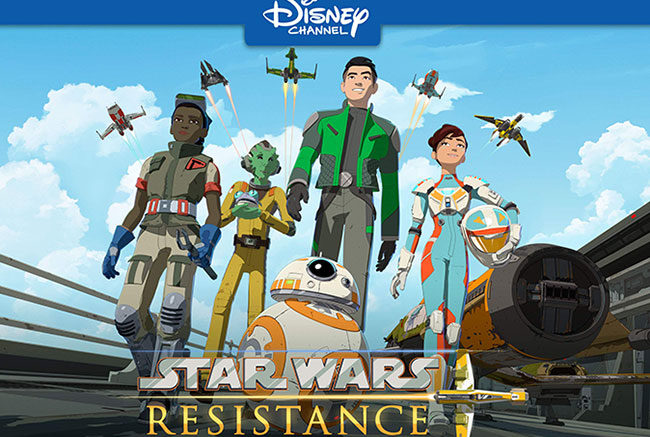 Fresh off the addition of Darth Revan to Star Wars Galaxy of Heroes, the fans are about to get another treat in the coming weeks. EA SWGoH GameChanger Gaming-fans.com has been granted the exclusive information on the introduction of six new characters to the game which we expect to mirror the release of the Phoenix Squadron in March and April 2017. That release cadence featured six characters in six weeks before the addition of Grand Admiral Thrawn in mid-June 2017. Just like that sequence, this character release schedule will feature another Star Wars cartoon series as the focus. Details on a possible Legendary character are being looked into as our Staff Writer Sparrow is looking to confirm after helping us gather the information below. Graphics are in the works and should be available from the team at CG as early as tomorrow.

The six characters will all be included in the new “Colossus” faction include the following: R1-J5 “Bucket,” Kazuda Xiono, Neeku Vozo, Tam Ryvora, Jarek Yeager and Torra Doza. Only two – Kaz and Yeager – will be members of the Resistance faction given the storyline of the cartoon series. The first of these characters should hit the game in a Marquee Event later this week. Here is a look at their kits:

Made of Crap · Unique · Level 8
Whenever Bucket is defeated, if at least 2 other Colossus allies are present Bucket is revived with 100% health. Additionally Bucket regains 25% protection for each ally at full health when he is revived.

A Friend in Need · Unique · Level 8
Whenever an ally is reduced below 100% health Kaz gains +10% offense, and +10% Critical Damage (Stacking) until the end of the encounter. Then Kaz gains 100% Turn Meter and reduces the cooldowns of all Light Side allies by 2.

No One Knows I am a Spy · Unique · Level 8
Kazuda has +50% Tenacity and cannot be targeted while any other allies are present.

I Don’t Understand · Basic · Level 8
Neeku inflicts confuse on himself, and 3 stacks on target enemy, he inflicts an additional 3 stacks on a random enemy that is not confused for each stack of confuse on Neeku. This effect cannot be evaded or resisted.

I Can Fix That · Special · Level 8 (3 turn cooldown)
Deal special damage to target enemy, if that enemy is confused restore protection to Neeku and target ally equal to the damage dealt multiplied by the stacks of confuse on target enemy.

Why do bad things only happen to me? · Unique · Level 8
While Neeku is debuffed Colossus allies gain +500% tenacity. Neeku begins each battle with the confused status.

Desperation: All cooldowns are reset and the next attack 300% damage (against First Order enemies this attack ignores protection) consuming the desperation buff. This buff cannot be dispelled or copied.

Even the odds · Basic · Level 8
Deal special damage to target enemy, dispel all buffs on target enemy and apply these buffs to all Colossus allies. This attack cannot be evaded or countered

Regroup · Special · Level 8 (4 turn cooldown)
Dispel all debuffs on all allies and grant Colossus allies with 5% bonus protection for each existing buff on a Colossus ally.

Ace Squadron assist · Basic · Level 8
Deal special damage to all enemies, this attack cannot be evaded or countered, for each critical hit reduce the cooldown of Re-Fuel by 1

Re-Fuel · Special · Level 8 (6 turn cooldown)
Remove all debuffs from self and gain Offense, Critical Chance and Critical Damage up.

We Are a Team · Unique · Level 8
Torra has 100% counter chance whenever a Colossus ally has protection reduced to zero, additionally Torra gains 25% turn meter whenever a colossus ally drops below 100% Health.