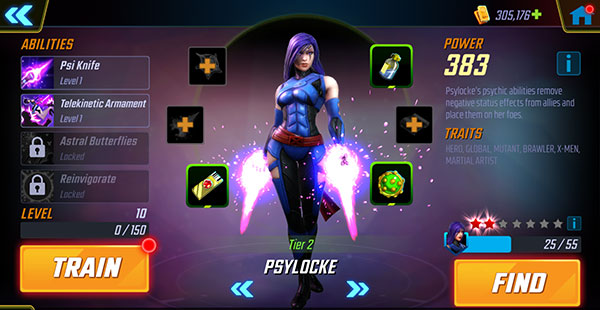 For new characters are set to join Marvel Strike Force and FoxNext’s new MSF Envoy program content creators are pleased to bring you their kits. Three X-Men characters – Psylocke, Colossus, Phoenix – as well as America Chavez will be added to the game in the coming weeks. Of course Gaming-fans.com was one of the first to announce the pending addition of Colossus weeks ago, but we are now able to unveil the kits for these characters which has already being billed in-game as the new Arena team to beat.

A quick look at HOW to obtain these characters shows that Psylocke will be available in an upcoming Event Campaign using a team of your best Martial Artists. Phoenix will be a Legendary Event character and you will need Villain Mystic Controllers for the Phoenix Legendary Event.

Let’s take a look at the kits for these four and feel free to scroll down to see videos from the other members of the Envoy program.

First up is the new X-Men Brawler, Psylocke. On top of doling out damage, Psylocke can remove negative status effects from allies and place them on enemies. This is a huge counter to teams that specialize in quickly piling negative effects on characters, like the Brotherhood or Spider-Verse. Psylocke can turn the tables instantly by flipping her team’s negative effects on her enemies. For an encore, Psylocke’s attacks deal piercing damage, making her great against high-armored teams. Pair Psylocke with Wolverine for a one-two piercing punch that carves up armored enemies for reliable damage.

If you want to recruit Psylocke in her upcoming Event Campaign, you’ll need a team of your best Martial Artists. Colossus will be featured in an upcoming Blitz.

Next up is the X-Men Protector, Colossus. The Mutant metal man gives his allies temporary protection from damage with his Taunt — a 2-turn Taunt with Phoenix — and provides additional damage mitigation with Deflect. Colossus can also apply Offense Down to a target using his Basic attack, Ringdinger, allowing you the flexibility to reduce incoming damage by choosing a target to hinder. Worth noting is his Charge mechanic: when Colossus gains a Charge, the damage he inflicts increases with each stack of Charge. The big fella can really wallop a target if you’re patient.

If you want to add the X-Tank to your squad, Colossus will be featured in an upcoming Blitz. Here are Colossus’s kit details:

Phoenix, the Legendary Controller for the X-Men, is truly unique, because she has two different ability kits. The second kit activates after Phoenix dies and she transforms into a summoned character, Dark Phoenix. Her Passive ability, Phoenix Rising, boosts her X-Men allies by increasing their Max Health and Damage by 30%, similar to the damage increase Star-Lord

provides the Guardians team. Her Basic abilities, Psychic Blast and Immolation, clear enemy positive effects, including Taunt, allowing you to focus attacks. And if you thought she couldn’t get any more powerful, Phoenix can Stealth allies and redistribute Health, similar to Scarlet Witch.

If you want to recruit the X-Men Legendary member, start prepping a team of Villain Mystic Controllers for the Phoenix Legendary Event.

Here’s a breakdown of the Phoenix and Dark Phoenix kits: 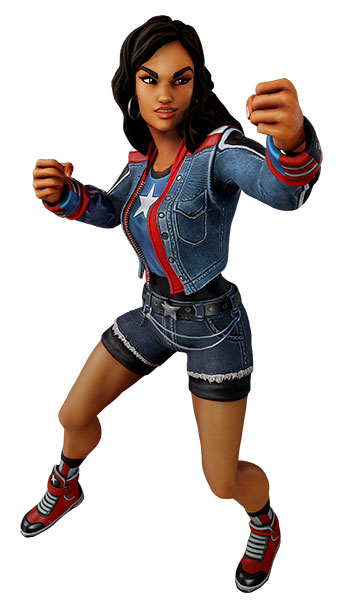 Born in a Utopian parallel universe, America Chavez possesses super strength, speed, flight, and the power to create star-shaped portals with her kicks. As a member of S.T.R.I.K.E., America Chavez is a high-damage, enemy positive effect-clearing Brawler who amplifies ally Hero Brawler stats.