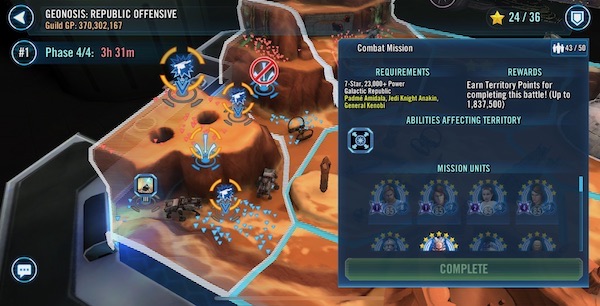 02.15.21 – In my second attempt at this battle I have decided to start chronicling my efforts. There are a great many resources for this battle now available, including this video from Mikayas and the infographic below on how to mod your Galactic Republic characters. Note the graphic is very large so I shrunk it down to save on the file download with this page, so click on it or click here for the bigger version to see the details.

The first wave of enemies includes a B2, two B1s, a Geo Soldier and Spy, and a MagnaGuard. After getting past the MagnaGuard’s taunt with Ahsoka’s basic, I take out the B2, a B1 and the Geo Spy, then the other B1 and Geo Soldier before leaving the MagnaGuard for last, using basics at the end to try and refresh cooldowns.

The second wave is the money wave as I face the Nexu with all five alive (for now) and I start with C-3PO landing Confuse. After taking a hit to get Ahsoka to yellow health I am able to land several attacks, but Ahsoka is not doing well and I have not even taken off 20% of the Nexu’s health. I lose Ahsoka and then JKA and this battle is not going to end in my favor. GK and Padme put up little fight after that and my attempt is over. Ouch. 867k Territory Points again is all I can log this month. 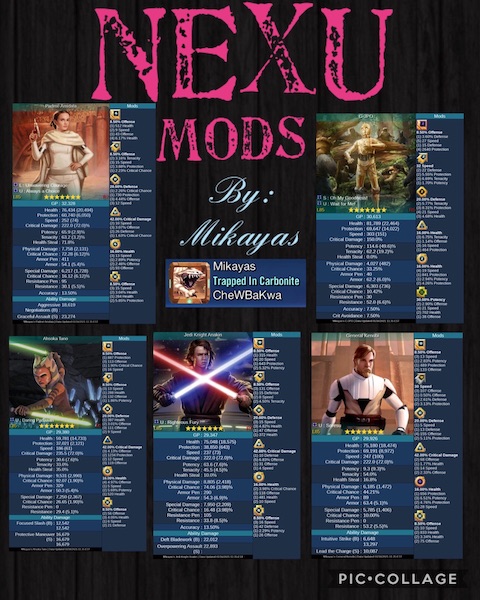 Am I Strong Enough for the Heroic AAT (HAAT)?