One of the most feared bounty hunters of the galaxy, Bossk used his natural Trandoshan hunting instincts to capture his prey. Bossk answered Darth Vader’s call to capture the Millennium Falcon after the Battle of Hoth.

Bossk is a destructive and nasty opponent who has the skills to escape dangerous situations. He is an enemy that can’t get rid of and his sustainability on the battlefront is higher than most.

Bossk uses his classic Relby-v10, it’s improved from the soldier version to have a bit more punch to it. 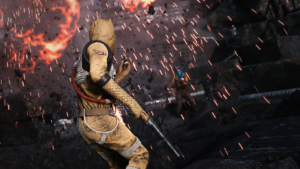 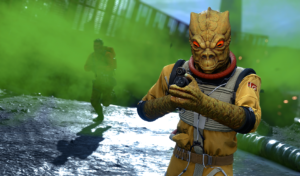 Bossk will regenerate a percentage of his health with each soldier kill or high damage to a hero. The health regenerated will increase with your trait.

With this trait, Bossk is forced to hunt enemy troops in order to regenerate his health. Thankfully, his Predatory Instincts will help him find targets to get back in the fight. 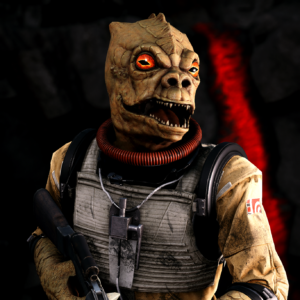 Click on the image below to be taken to my video on Bossk where I look at his abilities and some helpful tips: 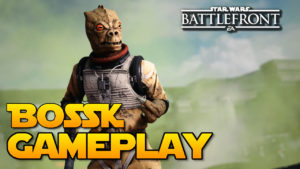 Be the first to comment on "Star Wars Battlefront: Bossk Guide"