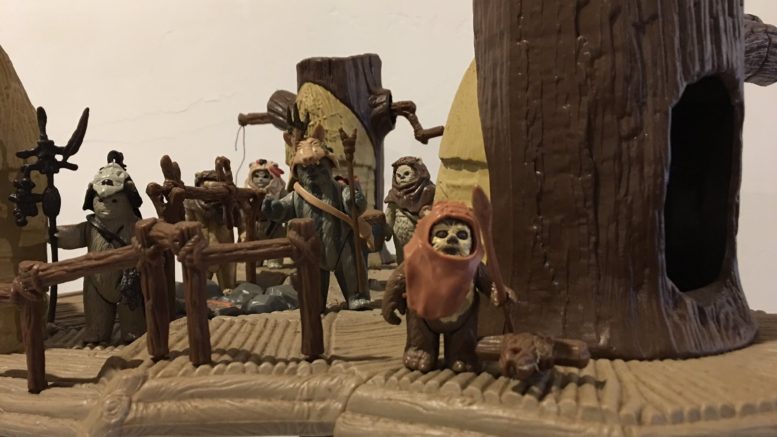 Welcome to the latest article in our series about the popular game Star Wars Galaxy of Heroes where we take a look at the best mods for each SWGoH character. While I do not claim to have all of the answers in this game, I do my research and have used every toon I write about extensively. Given this is a new character who I have yet to use extensively this is a breakdown of Wicket’s kit per the in-game text and my analysis of how best to mod this new SWGoH toon. 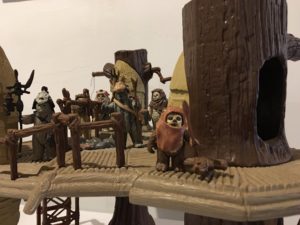 Today’s toon to review mods for is the newest Ewok added to SWGoH and the most well-known Ewok from Star Wars – Wicket W. Warrick. Only referred to as Wicket in-game, I feel it is important to give his George Lucas-given name it’s due respect. Added in an update on July 27, 2017 to finalize the Ewok Faction‘s focus, Wicket has an impressive kit that focuses on critical hits. A quick look shows that his basic attack, Inquisitive Jab, deals damage and grants him Critical Chance Up and can also grant CC Up for another Ewok if he is called to assist. His special, Forest Ambush, is the lone Ewok AOE attack and grants 10% Turn Meter to all Ewok allies for each critical hit landed. His other special, Guerrilla Strike, calls an ally to assist his attack, however if that other ally is a Ewok, both gain Stealth and Critical Damage Up. Finally, his unique, Furtive Tactics, with a Zeta at level 8, has him gaining 10% Critical Damage for each Ewok ally AND each Stealthed ally. Wicket also has a 50% chance to take another turn after he takes each turn (read the in-game details carefully on this one). The Zeta adds that Ewok allies recover 4% Health and 2% Protection whenever Wicket scores a critical hit.

Main Mods Focus: Critical Chance. Wicket is built on a need for CC and anyone who ignores this is simply not playing the game well. Speed is a close second, but get that CC number up super high to maximize the benefits of what Wicket can do.

Additional Areas to Focus: Speed, Critical Damage, Health & Protection. Speed is always important in SWGoH and his base Speed of 146 (158 with Gear 12+ pieces) means pushing him over 200 should be rather easy. Critical Damage is an obvious one since Wicket is all about critical hits, thus shoot for the 216% total CD stat to maximize his power and kit. Remember, Chief Chirpa‘s Ancestral Secrets special grants all allies 20% recovery of their Max Health, so it would make sense to up that Health number as much as possible if you plan to run Wicket with Chief Chirpa. Finally, if you choose to place a Zeta material on Wicket, Protection becomes a more important stat given the 2% Protection recovery whenever Wicket scores a critical hit.

In-game Mod Recommendations: Critical Damage & Critical Chance. No disagreement here as you need at least one Ewok to hit harder than the others. After using Wicket in Territory Wars and the Grand Arena nearly every time, as well as the C-3PO Legendary event, I feel that Wicket, Logray and Ewok Elder are the three must-haves under the Chief Chirpa leadership for an effective Ewok squad in SWGoH.

Due to the enormously low cool-downs, wouldn’t a (Ewok only) team benefit more from a high speed? Using the GS to call the ES to do hecka damage?

Yes, that will work fine going with all Speed on Wicket and 186% on the CD and tons of CC.