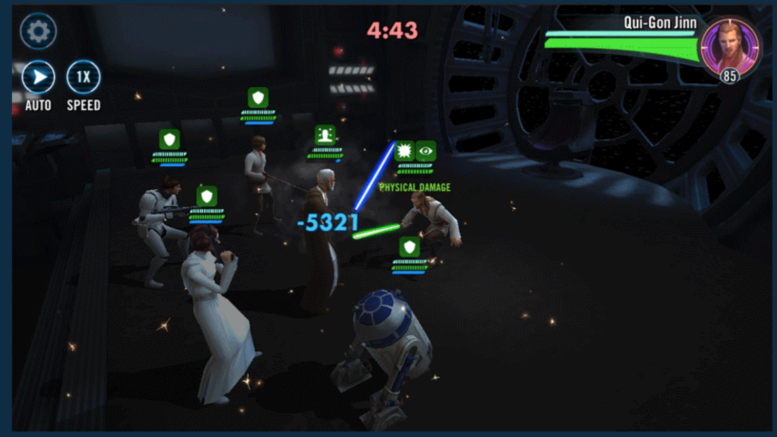 With the introduction of Commander Luke Skywalker to Star Wars Galaxy of Heroes expect as soon as this week, the new updates to 4 of the 5 characters needed to unlock Commander Luke have (slightly) changed the outlook on each. First it was Farmboy Luke, followed by Old Ben Kenobi, Stormtrooper Han and finally Princess Leia all getting a rework last week, and now that the dust has settled we can take a look at what we will have moving forward.

Farmboy Luke Skywalker – Luke’s basic attack got some offensive boost from the rework and his Bullseye special can dispel all buffs on the enemy. His unique, Draw A Bead, now have a Zeta Ability which reads “At the start of each of his turns, Luke gains 10% Critical Damage (stacking) until the end of the encounter.” This stacking CD can be incredibly valuable in Raids where, if he stay alive long enough, he can do massive damage.

Obi-Wan (Old Ben) Kenobi – The Dodge META with Obi-Wan Kenobi (Old Ben) is in the past, and especially with the rework of Old Ben. 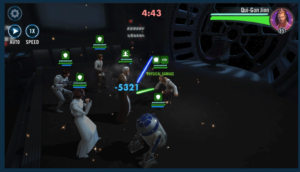 Instead of Evasion Up on use of his basic attack, he now gains Potency Up which sets up his Mind Tricks special nicely. With an Omega the basic now reads “This attack can’t be Evaded and inflicts Evasion Down for 2 turns.” Mind Tricks no longer can be evaded and now reads “Jedi and Rebel allies gain 3% Turn Meter for each effect Resisted” in addition to previous bonus of “+15% Turn Meter Reduction Chance.” The new special, Devoted Protector, reads “Old Ben gains Taunt for 2 turns. When this Taunt expires, Old Ben gains Taunt for 1 turn. All allies gain Defense Up for 2 turns.” This special will counter Grand Admiral Thrawn nicely forcing the fractured Old Ben to regain taunt and keep attention off his allies. Finally, the unique If You Strike Me Down now reads “Whenever another Jedi or Rebel ally takes damage, Old Ben gains 5% Turn Meter. The first time Old Ben is defeated, all allies gain Offense Up and Speed Up for 2 turns, recover 50% Health and 50% Protection, and gain 25% Turn Meter.”

Princess Leia Organa – Leia saw a small boost in damage to her basic and the Omega now brings her to 70% chance to attack a second time (up from 55% chance). Her special, Rebel Tactics, gets reworded and now reads “Leia gains Stealth and Critical Damage Up for 3 turns and gains 50% Turn Meter. If Leia already had Stealth, she also gains Offense Up and Foresight for 3 turns and gains double Turn Meter.” Finally, her Unique, Hair Trigger, now has a Zeta that now reads “Whenever Leia attacks, she has a 55% chance to grant all allies Critical Chance Up for 2 turns, and recovers 5% Health and 5% Protection.”

OG/Raid Han Solo – His basic, Quick Draw, can no longer be evaded and the Omega upgrade now reads “+25% Bonus Damage and remove 35% Turn Meter if the target has 50% or more Turn Meter” in addition to previous bonus of “+15% Damage.” His Deadeye special now can inflict stun for one turn and his Never Tell Me The Odds special, with the Omega upgrade now grants “+5% Turn Meter Gain and Han gains Critical Damage Up for 2 turns” and the previous bonus of “+25% Turn Meter Gain Chance” has been increased to “+75% Turn Meter Gain Chance.” Finally, his unique, Shoots First, can ignore Taunt and the Stun can no longer be resisted and the new Zeta Ability on his unique reads “+10% Critical Chance and the first time each turn Han uses his Basic attack he attacks again dealing 50% less damage.”

So while none of these characters are drastically different, you can see that improvements have been made. How do you plan to use these characters now? Let us know in the comments below, and good luck unlocking Commander Luke Skywalker in the upcoming event!

Photo courtesy of EA.com from the EA.com SWGoH Forums